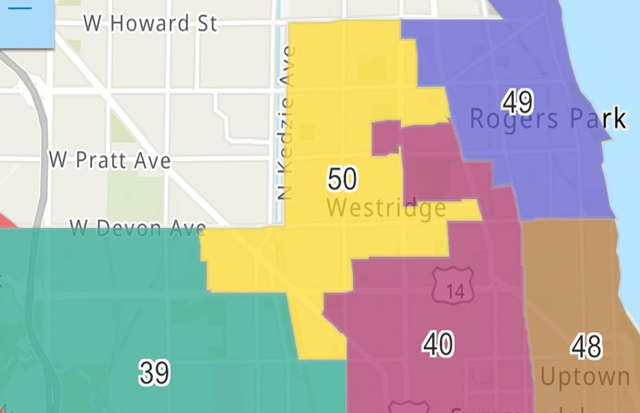 Chicago’s City Council has approved a new ward map, and in the compromise patchwork that emerged following months of aldermanic bickering, the Jewish community stayed cohesive in the 50th Ward.

JNDC president Beverly Siegel had been asked to testify earlier in the year at two City Council Rules Committee meetings convened to consider redistricting proposals. At issue was where to trim numbers off certain northside wards that had grown disproportionately, to keep all wards roughly equal in size.

Speaking on behalf of maintaining a strong Jewish minority in the 50th Ward, Siegel stated that the Jewish community in West Rogers Park has a massive personal and communal investment, which is why JNDC is committed to enhancing and improving the neighborhood – to keep the community confident in the future there.

“Our goal is to raise the value proposition of West Rogers Park, and in doing that, we make the neighborhood better for all 50th Ward residents.”