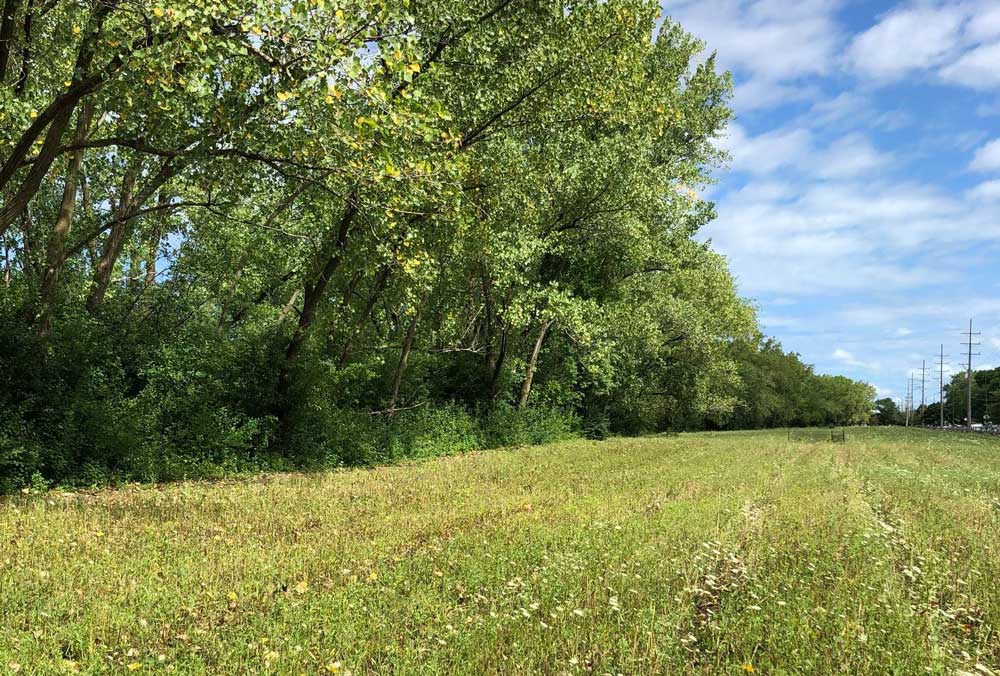 “Grab the binoculars and watch for songbirds and warblers,” suggests Jason Steger of the Chicago Park District’s Department of Cultural and Natural Resources, visiting his prairie restoration project along Kedzie Avenue south of Touhy.

Fronting the riverway, set off by a rustic fence, the emerging natural area between the treeline and Kedzie is known, for now, as Park 538. According to Steger, it’s the longest belt of natural area on Chicago’s north side. “It’s unique on the Chicago River System, and it’s an amazing expanse.”
The nine-acre site, in the second year of a five-year transformation to native flora, lures visitors even now with quiet pleasures, like walks on the new mulch trail, diverse butterfly sightings, photography, and an unexpectedly far-away, meditative feeling shockingly close to home.

More adventurous nature lovers are drawn to three miles of interwoven trails between the treeline and the riverbank that Larry Yablong calls “the Shabbat Trail.” Chairman of the Park 538 Advisory Council, Yablong named the hidden byways for the day of the week — Saturday, the Jewish Sabbath — when he indulges in their edenic charm.

Chicago Park District’s Naureen Rana says natural areas have boomed in popularity as city dwellers have come to appreciate that the aesthetic and recreational value of prairie gardens is good for property values. And, natural flood control.

“Native grasses have deep roots, so they aid in absorption of storm water and mitigate erosion along the riverbank.”