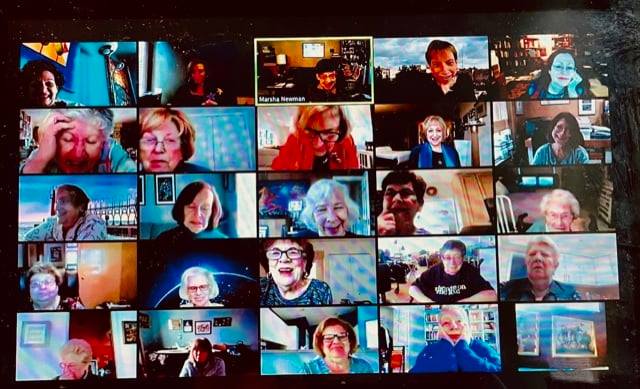 “Everyone seemed to enjoy it thoroughly, and for those of us who grew up in WRP it brought back such vivid memories,” said Diane Rosenfeld, event chair.

Beverly Siegel, the film’s director and JNDC president, introduced the video, providing background to the creation of the show, which features both an affectionate chronicle of West Rogers Park history as well as glimpses of the impact of JNDC advocacy on the neighborhood. Judy Harris, a life-long West Rogers Park resident who is featured in the video, participated in a panel after the screening. Many viewers expressed delight and gratitude for historical information and warm memories evoked, and heartened feelings at many positive developments in the neighborhood, featured in the video, that bode well for a thriving Jewish community in West Rogers Park for years to come. JNDC thanks the sisterhood of EHNTJC for its interest in West Rogers Park, JNDC’s work, and for sponsoring the program. View the documentary by clicking on the video tab above!